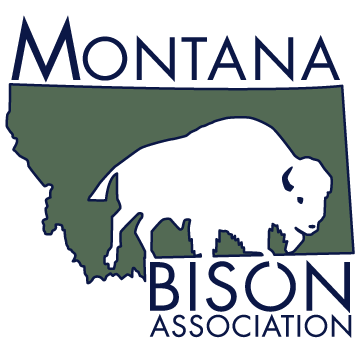 A newsletter from the Montana Bison Association

Well, I don’t know about any of you, but summer seems to fly by faster and faster.  Must be a function of the sun flares this summer or something like that… I’m sure it has nothing to do with my age!  Nonetheless, it does seem as if the summer season tends to be a short and busy one.  I’m sure many of you have been in the hay fields this last month and are now looking at the coming fall season and pasture rotations.  The days are still hot, dry and smoky, but they are getting a little bit shorter and cooler, a harbinger of days to come.

If you are like me, you are thinking about marketing your animals, planning fall grass, and trying to squeeze the last of the grazing season out.  With that said, I want to take a moment to remind all of our members to remember the fellowship we all enjoyed at our summer conference and to use the relationships we have all built as members of the Montana Bison Association to network and build our industry in state.  Before you reach out to folks in the rest of the country, let’s remember that we have a growing industry here in Montana.  Take the time to post classifieds on our website and use our membership directory to reach out to folks that may be looking for what you have to offer, or vice a versa.  That’s how we become stronger and push the business further…by strengthening our relationships within the Montana Bison Association.

As for our Summer Conference, it was once again an enjoyable time for all of us to get together and share good stories and good meals.  We were able to enjoy some of the best that Great Falls has to offer with a guided tour of the Lewis and Clark Interpretive Center and the C.M Russell Art Museum.  In addition, we got a chance to have bison burgers on the porch of the Ulm Pishkun State Park and take in the Buffalo Jump site.  To cap the event off, Dugan Coburn of Great Falls Public Schools presented the members with a talk about how bison are being incorporated into the Native American Education Program in the Great Falls District and how that template can be replicated in other school systems (and with other bison producers) throughout the state.

So as we end out the summer season, let’s all not forget to reach out to one another and use the tools that are available to us as members.  Check out our website, use the classified section, keep up to speed with happenings on both the state and national level, and most of all, keep in touch with other producers.  We get stronger the more we work together. – Chris Bechtold, MBA President

Thank you to all who attended the MBA Summer Conference this July in Great Falls.  It was a great event and we have photos to prove it – thanks to MBA member Doc Woerner for sharing these images with us.

Welcome to our Newest MBA Member:

At this time it appears the USDA/FSIS has tabled the issue. If any new information becomes available on this issue, members will be advised.

Westminster, CO (May 6, 2022) – The National Bison Association (NBA) selected Jim Matheson as their new executive director this week. Matheson replaces Dave Carter, who recently resigned as executive director after serving in that position for 20 years.

Matheson has served as assistant director at the NBA for over 17 years as the sole full-time staffer. In that role, he has provided various services to the NBA membership. Hallmarks of Matheson’s tenure include quality annual summer and winter membership conferences, bison-specific educational resources and outreach, bison-specific marketing and management tools, IT support, and individually raising over $500,000 in grant funds to help educate bison producers.

“It’s a true honor to be selected as the executive director of the NBA. Having worked and participated in the bison community for the last 17-plus years, I’m eager to continue the excellent work that the NBA has undertaken over the previous two decades. I’m also looking forward to implementing exciting new programs and services that will benefit the entire NBA membership and the bison business as we continue to restore the species to its native landscape,” said Matheson.

NBA President, Chad Kremer, said, “The board, staff, and membership of the NBA congratulate Mr. Matheson on this new opportunity for taking the reins of the association. He has been an instrumental part of the team for the last 17 years, and I look forward to continuing to work with him and the team in the future. Jim worked alongside Mr. Dave Carter for the last 17 years, and together they guided the association along the trail. He now has the opportunity to lead the charge. Congratulations, Jim!”

The National Bison Association (NBA) is a not-for-profit trade organization that serves nearly 1,200 members across North America and beyond. Our members comprise bison farmers, ranchers, processors, marketers, conservationists, tribal groups, and the general bison-loving public. The NBA serves as an umbrella organization for all things bison.

Learn more about the NBA’s work at www.bisoncentral.com. 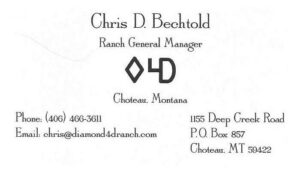 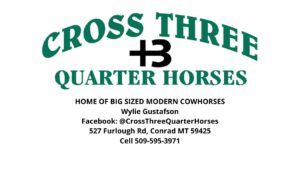 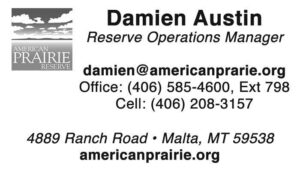 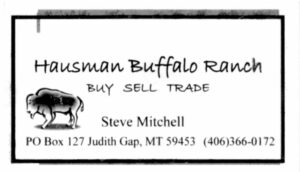 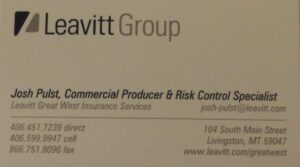 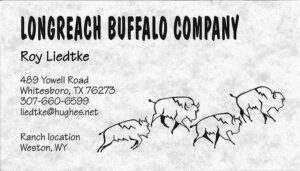 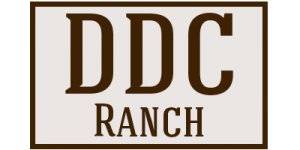 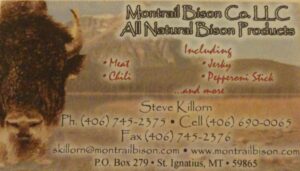 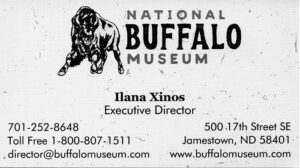 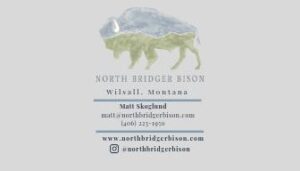 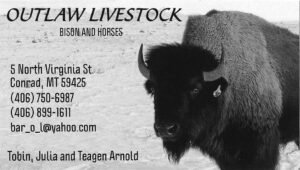 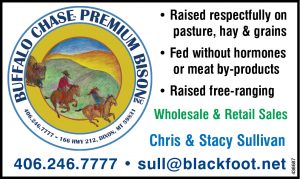 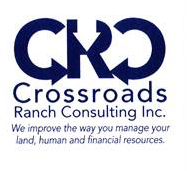 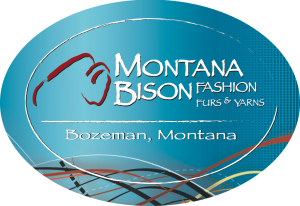 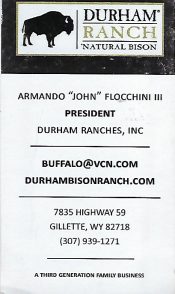 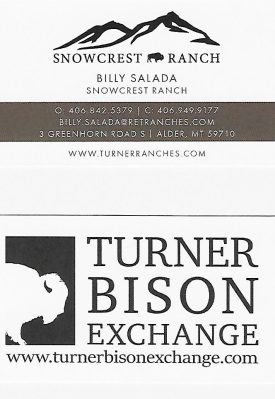 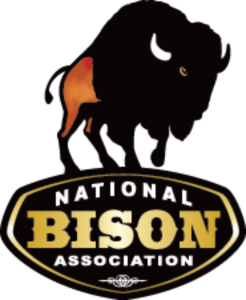 Would you like to see your business card here?
If so, please email it to and we’ll include it in the next newsletter.

Our newsletter is now produced by Lorelyn Mayr with Media Works. As you know, she already handles all of our web site work.
Please welcome Lorelyn and should you have any suggestions for our the newsletter or our web site, she can be reached at .